George Macdonald’s “The Princess and the Goblin”: The Animated Movie with a Note by ChrisC 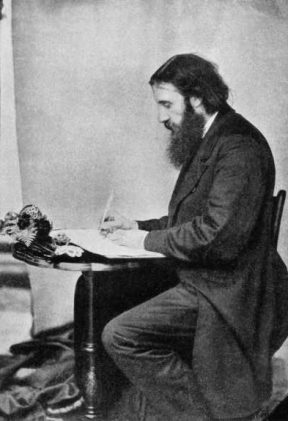 C.S. Lewis once observed that with

“every tick of the clock, in every inhabited part of the world, an unimaginable richness and variety of ‘history’ falls off the world into total oblivion.”

It’s a somewhat cruel fate that’s familiar to anyone who likes old books, and the authors who made them.  If the process Lewis described is something close to a norm, then the fact that any piece of old literature is able not just to survive, but stay alive on some level of public awareness, however small, is something of a minor miracle in its own right.

Take the case of George Macdonald.  Neither the name nor face is familiar to pop-culture at large.  He doesn’t even turn up in a search of Google Trends on his own merits.  That’s a pretty good indicator that his reputation at the moment is less than a blip on the radar.  By all measurable standards of cultural awareness, Macdonald is the type author who should have been consigned to the same crack of oblivion described above.  That makes it something of an unaccountable paradox that hundreds of C.S. Lewis fans the world over should still carry something like a memory of the writer around with them.  The sole reason Macdonald still has for being around seems to stem largely from the efforts of Lewis, and maybe even Tolkien, to keep his name circulating as a kind underground phenomenon in Inkling fandom.

This whole state of awareness on the margins of pop-culture creates a strange situation.  If you try to introduce a thoroughgoing postmodernist individual to a work by someone like Macdonald, the result, from what I’ve observed is something very much like a form of culture shock.  It’s not just a question of having to wrap your mind around the language.  It’s more like what would happen if one human being began to perceive another standing right beside him as he were an alien from a whole other planet.  It’s a question of the way people think and how many gulfs can exist between Macdonald’s thought and what is considered the norm of our own day (at least until it’s not).

This was a lesson brought home when I made two discoveries.  The first was that there exists an actual mid-90s adaptation of Macdonald’s The Princess and the Goblin.  The second and more surprising find was that some awareness of it existed at a semi-popular level.  It seems modern fandom was paying just enough attention to it for several requests for someone, anyone, to make a video review of it.  The review itself, made by a vlogger named Dominic Noble, can be seen below:

Before getting to my thoughts about the adaptation itself, I kind of want to pause and see if it’s possible to review the reviewer.  The reason for this is because of the way his own conclusions can tell a perceptive viewer a lot about not just the film, but also of the critics own views about art and what he thinks it means or should mean.  The reviewer himself seems to typify the ideal figure or model of a member of modern fan culture.  He likes the popular arts, especially those of the major franchises out there.  I’ve even watched other videos where it’s clear he’s a major Potterphile.  The real info to zero in on, however, is how he thinks about the art he likes, and why is that?  Again, his own artistic views seem to form a perfect model of all that is currently acceptable as the proper outlook for a contemporary fanboy (at least up till the point where these outlooks begins to shift, after that it’s anyone’s guess). 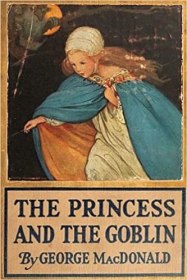 What’s notable about his views is the very nature of their critical aesthetic limits.  This becomes apparent when Macdonald’s own style of thought and writing comes into play.  As Lewis himself was at pains to make clear, Macdonald was, at its most basic, a mythopoeic writer.  That in itself means there is an entire structure of philosophic thought connected to the author’s literary practices.  It’s a fair enough bet that most readers of this site are fans of Lewis, Tolkien, and maybe even Macdonald to the point that we’re all able to go out of our way to try and learn what it was that made each of these authors tick, and where the stories came from.

There’s no denying it can be a rewarding experience. However, what becomes clear on a viewing of Noble’s reactions to both the Macdonald adaptation and its source material is that what we are witnessing is a critic with no grounding in Macdonald’s thought processes.

This is important, because without this essential background information in mind, Noble is unable to properly understand and engage with the material on the meaningful level Macdonald (and the rest of the Inklings, for that matter) had in mind.  I’d like to argue that what the footage above shows is something of a revelation.  We are seeing the limits and parameters of the ability of an audience member to grasp the content of the creative material that is placed before him.  His entire reactions are defined and demarcated by what he doesn’t know, as much as by what he does.  It is this lack of necessary information, what E.D. Hirsch Jr. referred to as cultural literacy, which acts as the main hindrance to his enjoyment of the story. 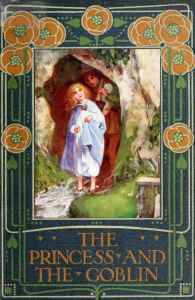 Macdonald once observed that a person cannot read whatever he wants into any given story, merely whatever he can.  The old author then went on to wonder if maybe this meant the other person’s reading was better than his.  At the risk of sounding disrespectful where no slight was intended, I think Dominic recording his own reactions is just the sort of response that helps us give an answer to a question Macdonald asked two whole centuries ago.  The answer seems to be that sometimes, more often than not, the lack of a necessary amount of cultural literacy does not in fact make someone a better reader.  Sometimes all it does is just serve to close off some of the valuable reading material from those who may, at least on occasion, need it the most.  What we are left with is the important question of how much literacy any given audience member needs in order to be able to understand any given work of art on its own level, the one in which it was meant to be contemplated and enjoyed.

As for the adaptation itself?  On the whole, I’ve got to call it perfectly harmless.  Is it possible to do this material on a Game of Thrones or LOTR style budget?  No doubt.  However I don’t see what that has to do with Macdonald’s story, or how much of a difference it makes.  The dramatic action or artistic gesture remains the same, no matter which angle you choose to view it from.

In that sense, I think the adapters did fine on their own.  They were able to keep all the major plot points, and thanks to this attention to the essential details, the story itself remains intact.  What changes there are seem minor enough to the point where I can’t imagine Macdonald objecting at all when, say, Irene is given a bigger role to play in the story’s main events than she had in the novel.

As for the animation itself, I’m going to commit a bit of blasphemy.  Image and their angles seem to be the major thing everybody is hung up on at the moment.  For some reason, this whole obsession is one that just never managed to catch in my imagination.  It’s really the words and their proper ordering that I always come away concerned about.  Looked at from this perspective, the animation itself is workman-like enough to get the job done, if that’s your thing, but it’s not that important.

The film adaptation is something I’m willing to give a more or less passing grade on.  It’s not the Citizen Kane of fantasy movies or anything.  However it does have this sort of old school retro charm to it that I sort of like.  It’s the kind of film I would have channel surfed across after coming home from school on a weekday afternoon, the type of special feature that gets sandwiched between Wheel of Fortune and a rerun of Cheers.  I just thought I’d turn this stuff over on account of it seemed like just the kind of material for this site.  With any luck, some readers will come away with a new favorite.

ChrisC is the proprietor of the Scriblerus Club blog site.  It’s a place where the past is dug up, with a different perspective on books and films.

“A Pilgrim in Narnia” is a blog project in reading and talking about the work of C.S. Lewis, J.R.R. Tolkien, and the worlds they touched. As a "Faith, Fantasy, and Fiction" blog, we cover topics like children’s literature, apologetics and philosophy, myths and mythology, fantasy, theology, cultural critique, art and writing. This blog includes my thoughts as I read through Lewis and Tolkien and reflect on my own life and culture. In this sense, I am a Pilgrim in Narnia--or Middle Earth, or Fairyland. I am often peeking inside of wardrobes, looking for magic bricks in urban alleys, or rooting through yard sale boxes for old rings. If something here captures your imagination, leave a comment, “like” a post, share with your friends, or sign up to receive Narnian Pilgrim posts in your email box. Brenton Dickieson is a father, husband, friend, university lecturer, and freelance writer from Prince Edward Island, Canada. You can follow him on Twitter, @BrentonDana.
View all posts by Brenton Dickieson →
This entry was posted in Guest Blogs, News & Links and tagged C.S. Lewis, Citizen Kane, cultural literacy, E.D. Hirsch Jr., George MacDonald, J.R.R. Tolkien, Lord of the Rings, Old Books, On the Reading of Old Books, The Princess and the Goblin. Bookmark the permalink.

55 Responses to George Macdonald’s “The Princess and the Goblin”: The Animated Movie with a Note by ChrisC