“A Sense of the Season”: C.S. Lewis’ Birthday Pivot and the Cambridge Inaugural Address

Posted on November 29, 2020 by Brenton Dickieson

In the autumn of 1954 at the age of 56, C.S. Lewis was at the height of his academic career. After nearly two decades of research and writing English Literature in the Sixteenth Century, Excluding Drama, this magnum opus intensified Lewis’ value as a literary historian–even exceeding in quality and usefulness his groundbreaking The Allegory of Love (1936). In 1952, Lewis released Mere Christianity, a compendium of his WWII BBC talks on faith and life, and he continued to be recognized as a Christian controversialist and popular author with bestselling books like The Screwtape Letters (1942). Four of his Narnian chronicles had been released, which put in fairy-tale form his love of literature and his intimacy with Christian faith as the mythic core of human existence.

Beyond these great 1954 moments was a little pain. After thirty years as an Oxford don and numerous unsuccessful bids for a professorship, Lewis realized it was time to leave the academic home he had occupied since 1919. With some support from J.R.R. Tolkien, Cambridge designed a Chair in Medieval and Renaissance Literature specifically with Lewis in mind. Reluctant but hopeful–and after almost giving the opportunity away–Lewis agreed to take the Chair.

It was a hard move to Cambredge, but there were great things ahead. By the end of 1954, the Carnegie Medal-winning Chronicles of Narnia were mostly complete, as was a memoir, Surprised by Joy (1955). In spring 1955, Lewis would write his most literary fiction, Till We Have Faces (1956); at the same time he would begin to fall in love. The decade that followed his appointment to Cambridge were productive, filled with academic books, Christian nonfiction, and culminating in his “prolegomena” in medieval literature, The Discarded Image (1964).

This last decade was a particularly rich and focussed period in Lewis’ literary life. 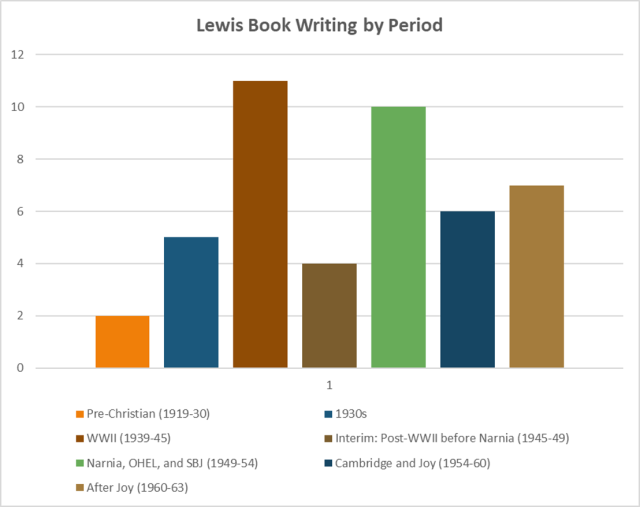 At the centre of this great moment in 1954 was Lewis’ 56th birthday on 29 Nov 1954. However Lewis may have spent his birthday in other circumstances, on this date he gave his Cambridge inaugural address, “De Descriptione Temporum.” Not only was this a celebration of achievement, but it was also a moment when Lewis’ entire public profile pivots.

In the 1940s, Lewis was a well-recognized voice as a Christian controversialist. In 1950, he became the Narnian and the author of Mere Christianity–a profile that has led to hundreds of millions of readers. And in 1954 he became a Cambridge professor. His birthday Cambridge inaugural address was titled “De Descriptione Temporum”—“a description of the times” or “a sense of the season.” Lewis’ pulse-taking of the moment, intriguingly, is not a scathing rebuke of education or merely a “kids these days” kind of talk. Lewis doesn’t even present himself as simply another expert in period literature and culture—albeit with the unusual thesis that the idea of the “Renaissance” is an unhelpful historical fiction. 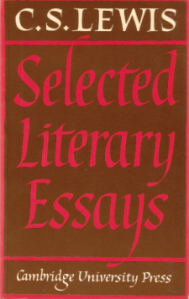 More than this, Lewis invites the audience to view him not merely as a guide to Medieval and Renaissance literature but as a specimen of that culture:

I have said that the vast change which separates you from old Western [the Medieval and Renaissance world] has been gradual and is not even now complete. Wide as the chasm is, those who are native to different sides of it can still meet; are meeting in this room. This is quite normal at times of great change…. I myself belong far more to that old Western order than to yours. I am going to claim that this, which in one way is a disqualification for my task, is yet in another a qualification. The disqualification is obvious. You don’t want to be lectured on Neanderthal Man by a Neanderthaler, still less on dinosaurs by a dinosaur.… If a live dinosaur dragged its slow length into the laboratory, would we not all look back as we fled? What a chance to know at last how it really moved and looked and smelled and what noises it made! And if the Neanderthaler could talk, then, though his lecturing technique might leave much to be desired, should we not almost certainly learn from him some things about him which the best modern anthropologist could never have told us? He would tell us without knowing he was telling (C.S. Lewis, Selected Literary Essays, 14-15).

Lewis goes on to admit that he would give much to hear an ancient Athenian—even an unlettered one—talk about Greek tragedy because “He would know in his bones so much that we seek in vain. At any moment some chance phrase might, unknown to him, show us where modern scholarship had been on the wrong track for years” (C.S. Lewis, Selected Literary Essays, 14-15). Given the class environment into which Lewis was speaking, reaching toward an uneducated ancient local instead of an Oxbridge scholar is a strong point in Lewis’ critique of modern scholarship, moving from critical, distant, external study to something more near and intimate. Lewis would probably have been completely unaware of a revolution in the field of anthropology that runs along the same line; still, he invites his listeners to consider himself from an anthropological perspective:

Ladies and gentlemen, I stand before you somewhat as that Athenian might stand. I read as a native texts that you must read as foreigners. You see why I said that the claim was not really arrogant; who can be proud of speaking fluently his mother tongue or knowing his way about his father’s house? It is my settled conviction that in order to read old Western literature aright you must suspend most of the responses and unlearn most of the habits you have acquired in reading modern literature. And because this is the judgement of a native, I claim that, even if the defence of my conviction is weak, the fact of my conviction is a historical datum to which you should give full weight. That way, where I fail as a critic, I may yet be useful as a specimen. I would even dare to go further. Speaking not only for myself but for all other old Western men whom you may meet, I would say, use your specimens while you can. There are not going to be many more dinosaurs (C.S. Lewis, Selected Literary Essays, 14-15).

How can students get a “description of the times” so they might understand their reading? By watching the habits and language and culture of someone who is a leftover from that long-lost age–a medieval poet who walks in modern-day streets, a dinosaur that escaped its enclosure, an Athenian loose in contemporary Cambridge.

But there are also a couple of other interesting points where Lewis is offering a “sense of the season.” It is his birthday and a critical transition in his career, so this turn to autobiography in academic work in his own life is worth noting. He essentially calls himself a “dinosaur”–not a cutting edge theorist like the Cambridge literary school was offering with the likes of I.A. Richards or F.R. Leavis. The irony of a man who is out of step with his times giving a talk about cultural moments is part of the humour in the piece, I think. It is kind of an absurd claim–that to understand Dante or Milton or Jane Austen you should watch a person who likes slow train rides and fought in the trenches and reads fairy tales for fun–and we should read the lecture with a bit of a smile.

Beyond the joke with a serious point, though, is the fact that Lewis intuitively predicts the changing of the season I mention above: Where scholarship goes from the pretence of distance and perfect objectivity to a space where in some disciplines (like literature, theology, and anthropology), one’s own life is part of the “data” of good scholarship. George Watson once noted that Lewis’ lifetime of work in An Experiment in Criticism was ahead of the French turn: “A French avant-garde, in any case, does not wish to be told that an Englishman has been saying it all for years” (George Watson, ed,, Critical Essays on C.S. Lewis, 4).

As we reflect on the anniversary of Lewis’ birth, I think it is intriguing that someone who so clearly was out of date was also capable of speaking to the times and, in some cases, predicting the change of seasons. The epigraph to the published version of the inaugural lecture is from Tacitus:

Roughly translated for our conversation here, it is asking, “who is left who has really perceived what is going on?” Ironically, Lewis-the-dinosaur remains shockingly current.

You can read the full text of De Descriptione Temporum here or in Selected Literary Essays or They Asked for a Paper.

“A Pilgrim in Narnia” is a blog project in reading and talking about the work of C.S. Lewis, J.R.R. Tolkien, and the worlds they touched. As a "Faith, Fantasy, and Fiction" blog, we cover topics like children’s literature, apologetics and philosophy, myths and mythology, fantasy, theology, cultural critique, art and writing. This blog includes my thoughts as I read through Lewis and Tolkien and reflect on my own life and culture. In this sense, I am a Pilgrim in Narnia--or Middle Earth, or Fairyland. I am often peeking inside of wardrobes, looking for magic bricks in urban alleys, or rooting through yard sale boxes for old rings. If something here captures your imagination, leave a comment, “like” a post, share with your friends, or sign up to receive Narnian Pilgrim posts in your email box. Brenton Dickieson is a father, husband, friend, university lecturer, and freelance writer from Prince Edward Island, Canada. You can follow him on Twitter, @BrentonDana.
View all posts by Brenton Dickieson →
This entry was posted in Lewis Biography, Original Research, Thoughtful Essays and tagged anthropology, autoethnography, BBC Talks, C.S. Lewis, De Descriptione Temporum, English Literature in the Sixteenth Century, F.R. Leavis, I.A. Richards, J.R.R. Tolkien, literature, Mere Christianity, Narnia, OHEL, Reflections on the Psalms, Surprised by Joy, The Discarded Image, theology, WWI. Bookmark the permalink.

10 Responses to “A Sense of the Season”: C.S. Lewis’ Birthday Pivot and the Cambridge Inaugural Address