Posted on December 10, 2012 by Brenton Dickieson

I follow There and Draft Again: A Fellowship of Fantasy Writers. As is clear by their title, they are writers who draw from stream of fantasy literature that Tolkien and a few of his friends carved out of the rocky terrain of the imagination. One of the reasons I read fantasy writer’s blogs is that I am concerned about being authentic as I work through my current project, The Curse of Téarian. As I discuss below, I don’t pretend to be original. But I also don’t want to be a hack, unconsciously pouring all my years of reading into Word with little new to add to the literary world.

Recently, EM Castellan posted “The Fantasy Novelist’s Exam,” written by David J. Parker, with help by Samuel Stoddard. You can find the original Exam here, as well as some other resources. The Exam has a fairly rigorous standard:

“Ever since J.R.R. Tolkien and C.S. Lewis created the worlds of Middle Earth and Narnia, it seems like every windbag off the street thinks he can write great, original fantasy, too. The problem is that most of this “great, original fantasy” is actually poor, derivative fantasy. Frankly, we’re sick of it, so we’ve compiled a list of rip-off tip-offs in the form of an exam. We think anybody considering writing a fantasy novel should be required to take this exam first. Answering “yes” to any one question results in failure and means that the prospective novel should be abandoned at once.”

I get this. There a many, many books in print–even more in eBooks–and I toss half of the YA or Fantasy books I pick up as soon as they smack of copycats. As a writer (and writing teacher), this is a funny and important test to take. It is also self-revealing, so when my comment on There and Draft Again grew to George R.R. Martin length, I thought I would post this potentially painful Exam and then see how I did.

This is a pretty funny list, and is a kind of work of art itself. I like how #s 16 & 17 sit together, this tension of how writers “use” women in print. Little people–in the contemporary sense, are also targets for special use (or redemption), as we see in #23.

#47 Do you think you know how feudalism worked but really don’t? — This one draws out a bigger point: we should know the world we are writing about inside and out. I’m not sure we need to know our medieval or alien or fairy world like we know a place we’ve grown up. But we should know it like we know a block, city, community, or subculture we’ve adopted. And what details we don’t know, we should research well. All the 50s questions draw out questions of authenticity, so sheath your scimitars! (oh, do you sheath a scimitar?)

There are some funny RPG digs (Role-Playing Games), and I quite like #s 28-32, which are all about the length of fantasy books (not all of us are Stephen King–sometimes not even him) and the trilogy effect–why not write a quintet or a decalogue, after all? Sometimes we sketch out a world well that takes several books, and sometimes what we plan takes longer–like the Inheritance Cycle. But I think it is good to poke fun at prequels and quadrilogies so that any that approach print are well done. 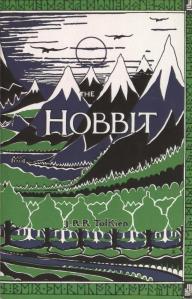 The list is meant to be humorous, but I think it is also a good check for us as writers. However, there are some Exam questions here that, if you answered “yes” to them, shouldn’t necessarily mean the recycle bin for your 1500 page novella.

#39 Does your novel contain orcs, elves, dwarves, or halflings? — Dwarves and elves, if pre-Tolkien, are part of a genre of writing that should continue, I believe. I think this one should be, “Has anyone ripped off Tolkien’s _____?” That’s the key question–what have we taken that was peculiar to Tolkien’s world.

It is hard, though, not to imagine Tolkien’s elves (or Peter Jackson’s) when we write. For example, see Arthur Spiderwick’s Field Guide to the Fantastical World Around You by Tony DiTerlizzi and Holly Black. The elves are clearly influenced by Tolkien’s elves. But their dwarves, ogres, giants, and trolls are imaginatively different, and all their characters fit well in their Spiderwick world. Perhaps we should acknowledge that Tolkien’s elves and hobbits are now part of the fantastical library permanently, and then write good stories.

Likewise, #35 Does your novel contain characters transported from the real world to a fantasy realm? — This is, of course, an actual genre beyond Lewis-Tolkien. Hopefully no one takes this prohibition seriously.

#s 2 & 3 are orphan tales, which I think are absolutely essential to literature and should continue through this age when most of us grow up in orphan spectrum, whether it is through the HIV-AIDS pandemic or the malaise and antipathy of Euro-American marriages. I just hope the orphan stories are well done. Both my child characters have lost a parent, but neither are secret kings or queens. Both have peculiar abilities, but that comes out of my belief that children have abilities that, drawn out, could save the world. Similarly, #4 Is your story about a young character who comes of age, gains great power, and defeats the supreme badguy? — I hope people don’t stop writing these books. What kind of world will it be if children aren’t trained to slay dragons? It could be a world where the powerful dominate the weak. Imagine.

What #s 2-4 remind us is the difference between picking up a trope and filling it in with unimaginative detail, and taking an essential human experience and transforming it imaginatively on the page.

#70 Does your main villain punish insignificant mistakes with death? — I’m struggling with this very thing right now, though I won’t give away all the details. I’ve seen people die for the things I’m describing in every generation of humanity. I worry, though, it will look contrived to a generation that has abolished capital punishment, or decided whatever illegal war we’ve begun is just too hard to finish properly. I, myself, have trouble imagining why anyone would take another person’s life at all. So this Exam reminds me that I have good work to do.

#9 Does your novel contain a character that is really a god in disguise? — In a sense, all my characters are gods in disguise; each of them is magical. But that has to do with the anthropological logic of the novel, which I hope is part of a consistent fictional worldview. We’ll see if people think it is realistic–that’s the real test. Perhaps the one most “rip-off-ish” character in the #9 Exam question is that Death appears in my novel in many guises. But that is true to Death, I think.

But even if I do pass technically, I have intentionally drawn from the motifs, figures, symbols, mythic elements, and even character tropes of other traditions and writers. I’m writing High Fantasy, so if I pretended I wasn’t doing that, I’d be fooling myself (though no one else). I am writing a faery tale–how could I do that “originally?” Perhaps there are some that would argue that we should never have another literary dragon, ogre, giant, faerie, sprite, boggart, brownie, goblin, banshee, god, nymph, or unicorn. People who believe these things should stop reading and never return to my blog. To me, to take these things away–even when they are done badly–is to suck the life out of literature. It would leave, for me, only a cubicle world.

How does one balance writing within a tradition and ripping off a story? After all I have elves (faeries), gods, dwarves (sort of), and children who do heroic things. Have I failed? If I interpret The Fantasy Novelist’s Exam properly, it is meant to be a humorous attempt to root out hacks and rip-offs, and shouldn’t necessarily be the pass-fail standard for serious fantasy writers. For my part, I hope I have done the former, that I have written a unique and engaging story within a tradition, and in a way that honours that tradition. but we’ll see what readers think–if I can ever finish writing it!

“A Pilgrim in Narnia” is a blog project in reading and talking about the work of C.S. Lewis, J.R.R. Tolkien, and the worlds they touched. As a "Faith, Fantasy, and Fiction" blog, we cover topics like children’s literature, apologetics and philosophy, myths and mythology, fantasy, theology, cultural critique, art and writing. This blog includes my thoughts as I read through Lewis and Tolkien and reflect on my own life and culture. In this sense, I am a Pilgrim in Narnia--or Middle Earth, or Fairyland. I am often peeking inside of wardrobes, looking for magic bricks in urban alleys, or rooting through yard sale boxes for old rings. If something here captures your imagination, leave a comment, “like” a post, share with your friends, or sign up to receive Narnian Pilgrim posts in your email box. Brenton Dickieson is a father, husband, friend, university lecturer, and freelance writer from Prince Edward Island, Canada. You can follow him on Twitter, @BrentonDana.
View all posts by Brenton Dickieson →
This entry was posted in Creative Writing, Thoughtful Essays and tagged books, C.S. Lewis, fantasy, fantasy novel, fantasy novelist, imagination, J.R.R. Tolkien, literature, myth, There and Draft Again, writing. Bookmark the permalink.