Posted on November 22, 2018 by Brenton Dickieson 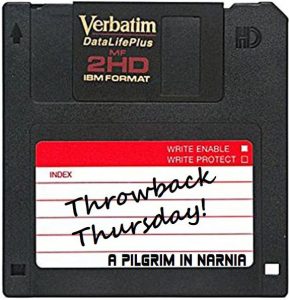 This year I introduced an occasional feature I call “Throwback Thursday.” This is where I find a blog post from the past–raiding either my own vault or someone else’s–and throw it back out into the digital world. This might be an idea or book that is now relevant again, or a concept I’d like to think about more, or even “an oldie but a goodie” that I think needs a bit of spin time.

This is a rewriting of a post from the 50th anniversary of C.S. Lewis’ death in 2013. Lewis died on the same day as American president John F. Kennedy and English public intellectual and dystopian writer, Aldous Huxley. Though Lewis died an hour before the President was assassinated, the Lewises had lived privately and the story was lost in a swirl of international news. On this 55th anniversary it is Thursday, but on 11/22/63 it was a Friday. That great album With the Beatles dropped that Friday morning and the 1st episode of Doctor Who ran later that night. Lyndon B. Johnson would later be sworn in as the 36th President of the United States as condolences poured in from around the world. Meanwhile, two of Britain’s voices, including the Narnian himself, quietly slipped out of this world.

Canadians just are not as good as Americans when it comes to iconic days. Let’s be honest: Canada Day isn’t nearly as interesting as Independence Day, though we do have our quaint county fair traditions. The American Civil War is one for history books, family legend, and blockbuster TV, while 10 to 1 odds it is unlikely the reader knows much about Canada’s founding moment, our Battle on the Plains of Abraham. From the landing of the Mayflower to 9/11, America sets its days in the hewn stones of history, while Canada plays Youtube reruns of Heritage Minutes that are mostly cool things Canadians did without anyone knowing they were Canadian–and often before there was such a thing as “Canada.”

The moment hit home for me on Aug 31, 1997, early in the morning on the East Coast. I can pinpoint where I was when I heard that Lady Diana died. It was a Sunday and I was on my way to church where I was a ministry intern. I was driving down a side road of the little community as my new wife and I were preparing to move to the village the next day. I remember the announcer’s voice, and the weather, and some sense of loss.

This is all firmly in my mind even though I had no real concern about this celebrity, really. But I still sealed the memory within me in the way people sealed in Nov 22, 1963, the assassination of John F. Kennedy. My memory of Lady Di’s crash is perhaps chiefly due to my grandfather’s wry sense of humour. On the eve of Diana’s epic, international funeral, Mother Teresa quietly passed away. Most people were focussed on things other than a nun in India. My grandfather, a seldom spoken man, commented:

Though Canadians are lacking in the area of great days, I feel free to borrow UK and, especially, American iconic moments. I remember all the minutes of 9/11. It was a Tuesday. I was in rural Japan when I heard from our American landlords what had happened. My wife and I drove to the top of a mountain to get the English radio station from the American installation at the Yokota Air Base on the Kanto Plains. Then we mourned with the motley crew of ex-patriots under the weepy trees of Karuizawa. It was an international day of grieving, but it was an American day. Though we came from all parts of the world, on 9/11 we were all kind of American.

I am far too young to know the JFK moment as all middle-aged Americans do. I think I remember the death of John Lennon, also an assassination. I don’t remember any details as a five-year-old boy, except a general sense of sadness in the house. Strawberry fields forever and the like. It was a Monday.

Despite the impact of 9/11, which is shaping American culture and politics up to this very minute, the weight of American days in memory is still heaviest on Nov 22, 1963. The death of Kennedy, which keeps appearing in this blog on C.S. Lewis’ death, continues to appear in American consciousness. When he died in Dallas, the news overwhelmed all other news throughout the world. 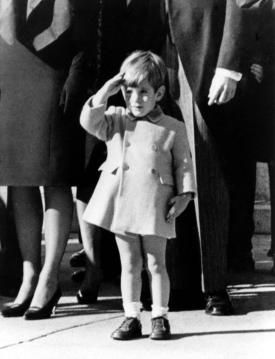 There were many things that happened that day. A police officer died with Kennedy, didn’t he? The Beatles released their second album. The political tides were shifting in Asia. Americans died in Vietnam as children there lost their homes. Many people in the world died that day, including Aldous Huxley, the author of Brave New World and dozens of other books. This was also the day that Wilhelm Beiglböck died comfortably in his home after having made a career out of doing live human tests on Jews in concentration camps as if they were lab rats, which in his mind they were.

Most eyes were turned away from his death. Perhaps that is best.

I suppose my grandfather would also have criticized C.S. Lewis for his inopportune death. If dying during the week of Lady Di’s memorial was bad, dying on America’s 1960s day of days is even worse. But that is what happened. On Nov 22, 1963, while Americans were glued to their television sets and radios, the news that C.S. Lewis died quietly in his bedroom slipped out into the world. Lewis had been recovering from an episode in the summer, but his health faded quickly in November. Lewis was one week shy of his sixty-fifth birthday. when he died. It was a Friday.

Almost no one paid attention to the death of one of the most popular authors of a generation. This probably would not have fazed Lewis, though he may have found it disappointing that neither his brother Warren nor his close friend Tolkien attended his funeral. I am not sure he ever really had a true sense of his importance as an author. He knew he was popular because he responded to the fan letters that poured in for years. But the popularity never truly settled within him. According to his step-son, Douglas Gresham, Lewis told his lawyer he didn’t need a literary estate since he would be forgotten in five year’s time. With book sales in the hundreds of millions—The Lion, The Witch, and The Wardrobe is steadily moving toward 100,000,000 copies alone—I would suggest Lewis underestimated his impact.

If Lewis was forgotten on the day he died, it is no longer the case 55 years later. Five years ago, the semicentenary of Lewis’ passing became a year of jubilee. Beiglböck is mercifully forgotten. The Beatles are as important as ever, though I still miss John Lennon and they still aren’t as big as Jesus. Brave New World is a must-read, even if Aldous Huxley himself is obscured in time. 9/11 began a century—and closed one off, I hope—though I’m not sure Tiananmen Square did either of these things. Mother Teresa was canonized and Lady Di’s children are having children of their own. Doctor Who has nearly 850 episodes and is on its 13th doctor.

All calendar pages turn, and in the end, all days are just days. 55 years ago, C.S. Lewis finished his last day with tea. J.F.K.’s legacy is Cuba and Vietnam, Marilyn Monroe and the Moon, and the audacious idea that it was an American’s duty to serve, not to be served. Lewis’ legacy is far more modest: Oxford and Narnia, tea stains, smoke rings, and a few good words. I wonder, though, as we pass the few decades, if Lewis’ legacy may not continue to rise, while the days of America’s visionary martyr will prove to have been too short. Perhaps JFK died too soon, or perhaps Lewis simply had more to say.

Only the Ancient of Days can know for certain. The voices of great men and almost all women have passed away, no doubt. All stone turns to sand, I suppose. But I have a feeling that C.S. Lewis’ words are engraved in our human experience. So it is on this day that I think it is worth celebrating the artistic, literary, and spiritual legacy of C.S. Lewis. It is why I have dedicated years to helping American readers see the transformative project that Lewis undertook. And a few Canadians too, I suppose.

“A Pilgrim in Narnia” is a blog project in reading and talking about the work of C.S. Lewis, J.R.R. Tolkien, and the worlds they touched. As a "Faith, Fantasy, and Fiction" blog, we cover topics like children’s literature, apologetics and philosophy, myths and mythology, fantasy, theology, cultural critique, art and writing. This blog includes my thoughts as I read through Lewis and Tolkien and reflect on my own life and culture. In this sense, I am a Pilgrim in Narnia--or Middle Earth, or Fairyland. I am often peeking inside of wardrobes, looking for magic bricks in urban alleys, or rooting through yard sale boxes for old rings. If something here captures your imagination, leave a comment, “like” a post, share with your friends, or sign up to receive Narnian Pilgrim posts in your email box. Brenton Dickieson is a father, husband, friend, university lecturer, and freelance writer from Prince Edward Island, Canada. You can follow him on Twitter, @BrentonDana.
View all posts by Brenton Dickieson →
This entry was posted in Lewis Biography, Reflections, Thoughtful Essays and tagged 11/22/63, 9/11, Aldous Huxley, Brave New World, C.S. Lewis, Canada, Death, Doctor Who, Independence Day, John F. Kennedy, John Lennon, Lady Diana, Mother Teresa, Narnia, The Beatles, Tiananmen Square. Bookmark the permalink.