How to Read All of C.S. Lewis’ Essays

Posted on February 8, 2017 by Brenton Dickieson

A prodigious essayist, it is this area of C.S. Lewis’ work that I find the most provocative—even more so than the fiction and apologetics books (though there is overlap in the latter category). Whether inspirational or controversial, his brevity, clarity and wit strike through his reviews, lectures, published letters, editorials, sermons, public controversies, paper, and critical essays.

Essay writing was an area that Lewis excelled in. After the onset of WWII, and not including book reviews, Lewis published essays, sermons, lectures or editorials at a rate of about one every 8 weeks. Beyond these pieces that appeared 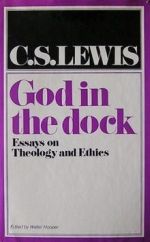 in local and international journals and collection, much of his popular nonfiction began as essays, lectures, or addresses. Mere Christianity (1952) is a collection of 33 WWII-era BBC talks, and much of the material of Miracles (1947) was tested out on the public during WWII as individual articles, Socratic Club papers, and sermons. Beyond his essay collections proper, the centre of many of his books began as lectures, including A Preface to Paradise Lost (1942), Abolition of Man (1943), The Four Loves (1960), Studies in Words (1960), The Discarded Image (1964), the commentary of Arthurian Torso (1948), and some part of English Literature in the Sixteenth Century (1954). Lewis used short pieces and talks to form the base of much of the nonfiction we enjoy the 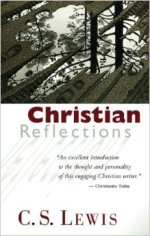 most–and as the foundation of some of the fiction.

One of the struggles as a C.S. Lewis reader is trying to navigate the essay collections. I have 19 anthologies and collections on my shelf, and a quick internet search is going to send you scurrying to about 25 different sources all told. Those sources come from separate UK & US publication streams, as well as a series of revised editions, abridgements, gift editions, selections, and reprints under different names.

Honestly, it’s a bit of a mess. 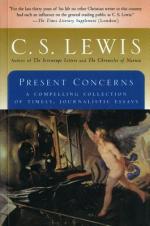 Fortunately, though, C.S. Lewis sleuth Arend Smilde has worked it all out. Arend wrote “A History of C. S. Lewis’s Collected Shorter Writings, 1939-2000” for the Journal of Inklings Studies (JINKS), and then expanded the essay for web publication after a new volume of essays and book reviews came out in 2013 (called Image and Imagination). In the essay, Arend walks you through the pretty peculiar publication history of Lewis’ shorter pieces. Perhaps even more valuable for the C.S. Lewis reader, Arend has taken the time to list the table of contents of each of the 23 major essay collections, and has reordered the shorter pieces in both alphabetical and chronological order (see this impressive 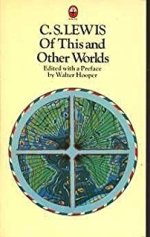 Arend’s lists were important as I set up my schedule to read Lewis chronologically (though I had to redate things by time of writing, rather than publication), and I find myself frequenting his webpage whenever I need to look something up.

As I have been rereading Lewis this year according to topic instead of chronology, I started to think differently about the shorter pieces. The question finally came to me: How could I read almost every Lewis piece while buying as few volumes as possible? It

isn’t just about being cheap! It is tough when someone asks what to read next and there is this whole mess of collections floating around. So what is the simplest way to get the vast majority of Lewis’ shorter pieces in book form?

Using a sohpisticated analytical tool (basically the MS Excel version of pencil crayons), I have determined that you can read every single published Lewis short pieces except one if you have 9 books. My fancy chart at the bottom of the page pretty much maps it out for you. To make the list short enough for the screen I’ve left out most of the short book reviews in Image a 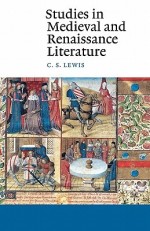 nd Imagination (#9). Except for the four-page essay “Christian Reunion” published in 1990–which you can read here–you can read all of Lewis’ published literary critical pieces, editorials, sermons, addresses, lectures, and essays in these nine books:

Some notes: The version I put first in the list is the one I have on my shelf (and typically the most accessible to others); the 3 literary collections (#s6-9) are the same on either continent. You’ll notice there is almost no overlap, so what looked like a complete mess falls into place in 2013 with the release of Image and Imagination. Arend divides the essays between academic (#s7-9) and popular (#s1-6), but the 1st section of God in the Dock (#2) is a bit of a challenge, and much of Image and Imagination (#9) is fairly accessible. We could also divide the books between “Christian” (#s 1, 2, 3, 4, 6) and “literary” (#s 5, 7, 8, 9). There are likely some errors here (a lot of the essays are named various things and I might have messed it up); let me know if you see something.

Wherever your interests lie, I hope this list supplements Arend Smilde’s excellent work to give you the resources you need to track down Lewis’ shorter work. For the burgeoning C.S. Lewis scholar, these are the nine core books that cover the majority of the short pieces you’ll need for your bibliography.

“A Pilgrim in Narnia” is a blog project in reading and talking about the work of C.S. Lewis, J.R.R. Tolkien, and the worlds they touched. As a "Faith, Fantasy, and Fiction" blog, we cover topics like children’s literature, apologetics and philosophy, myths and mythology, fantasy, theology, cultural critique, art and writing. This blog includes my thoughts as I read through Lewis and Tolkien and reflect on my own life and culture. In this sense, I am a Pilgrim in Narnia--or Middle Earth, or Fairyland. I am often peeking inside of wardrobes, looking for magic bricks in urban alleys, or rooting through yard sale boxes for old rings. If something here captures your imagination, leave a comment, “like” a post, share with your friends, or sign up to receive Narnian Pilgrim posts in your email box. Brenton Dickieson is a father, husband, friend, university lecturer, and freelance writer from Prince Edward Island, Canada. You can follow him on Twitter, @BrentonDana.
View all posts by Brenton Dickieson →
This entry was posted in Lewis Biography, Lewis' Essays and tagged books, C.S. Lewis, Christian Reflections, Christian Reunion, essay writing, God in the Dock, Image and Imagination, Of Other Worlds, Of This and Other Worlds, Present Concerns, Selected Literary Essays, Studies in Medieval and Renaissance Literature, The Weight of Glory, The World's Last Night, writing. Bookmark the permalink.

47 Responses to How to Read All of C.S. Lewis’ Essays