How Long ’til Black Future Month? by N.K. Jemisin (a review)

Posted on April 6, 2022 by Brenton Dickieson

How Long ’til Black Future Month? by N.K. Jemisin
My rating: 4 of 5 stars

When I say that N.K. Jemisin is one of the most powerful writers in contemporary speculative fiction, I am making a claim of both influence and content.

In terms of influence, Jemisin is perhaps the science fiction writer with the most major awards and nominations in the last decade. Famously, N.K. Jemisin’s Broken Earth Trilogy won the Hugo awards (in the novel category) in three successive years (2015, 2016, 2017)—making her, I believe, the only author to have an entire trilogy win, the only author to win three years in a row, and one of only five writers who have three or more wins. Jemisin’s conclusion to the Broken Earth Trilogy scored the Hugo, Locus, and Nebula awards in a stunning trifecta. Finally, last year, The City We Became was Jemisin’s fifth nomination in the novel category, and it also took that year’s Locus and BSFA awards.

And these are just the novel awards. Jemisin has been nominated in other categories, including short fiction. Her 2018 short story collection that I am reviewing here, How Long ’til Black Future Month?, won the Locus Award and the American Library Association’s Alex Award, and was nominated for the World Fantasy Award. Plus, if common excellence awards are not enough, she was also the 2020 MacArthur Genius Grant fellow.

Thus, while Jemisin has become a leading figure, her influence and prestige have come through two decades of unrelenting commitment to sophisticated world-building, culturally rich, character-driven literary prose, and a remarkable capacity for experimental writing. This concentration of character-voice combined with a disciplined approach to speculative world-building appears in some of Jemisin’s best writing in How Long ‘Til Black Future Month?

The true Jemisin fan is going to be particularly thrilled to participate in some of her short story experiments that later become novels or full series. “The Narcomancer” has a tinge of a melancholy sweetness, a story of conscience and vocational risk that becomes part of the Dreamblood series (which I haven’t read yet). “Stone Hunger” was exciting for me to read, for I was privileged to see how Jemisin began to conceptualize the extremely complex character make-up of The Broken Earth Trilogy–and how deeply implicated the characters are in that universe with the speculative world itself. And “The City Born Great” has all the terrifying brilliance and bracing goodness of The City We Became–an experiment in allegorical fiction that I have argued (here and here) is more successful in this short story than in the full novel.

Though she says it was her first professional story sale, “Cloud Dragon Skies” is a stunningly beautiful and weirdly imaginative inversion of so many CliFi tropes, a transformation of the “Ringworld” approach to science fiction that has left me in love with the main character. “Cloud Dragon Skies” is a science fiction tale, but there is an earthy, folk-wisdom that works like magic and has knowledge that sees beyond what science can measure.

For not all of her tales remain in the realm of what many call the “possible.”  Whether you decide that “Sinners, Saints, Dragons, and Haints, in the City Beneath the Still Waters” is a parable or fantasy may make little difference in the end. As a New Orleans flood tale re-imagined, however, Jemisin’s story uses speculative re-direction to hit at the heart of where climate catastrophe and the social will meet. Listen to this first paragraph:

The days which bracketed hurricanes were painful in their clarity. Sharp-edged clouds, blue sky hard as a cop’s eyes, air so clear that every sound ground at the ear. If a person held still enough, he would feel the slow, unreal descent as all the air for miles around scrape-slip-slid downhill into the whirlpool maw of the approaching storm. If the streets were silent enough, he would hear his own heartbeat, and the crunch of rocks beneath his feet, and the utter stillness of the earth as it held its breath for the dunking to come.

Soon, the shadow following Tookie to his about-to-be-deluged home will change the way that Tookie lives in his world–and invite us to do the same. There is a troubling moral complexity and problematic heroism of this New Orleans tale that also makes “The Brides of Heaven” so powerful. By using the competing internal and external tensions of ecology, religion, and gender in a tender survival scenario, in just a few pages, “The Brides of Heaven” creates a character-centred moral crisis comparable to what James Blish achieved in his A Case for Conscience.

I love N.K. Jemisin’s capacity for creating a speculative world, but there are times when her genius for invention outstrips the capacities of a particular story. For the most part, I think that is more of a plus than a minus when reading a 15-year retrospective of materials.

However, Jemisin is also a stronger storyteller in terms of character development and atmosphere the further she is away from proving a point or crying out in protest. For example, “Non-Zero Probabilities” has a genius “supposal” about a world where “luck” becomes realized and localized, but it concludes with a less-than-enthralling after-school special ending. “The You Train” is also smart, but the moral keeps overwhelming the character and her epistolary voice. “Too Many Yesterdays, Not Enough Tomorrows” has a similar message to the other two stories, except that Nemisin stays away from the pulpit throughout much of the story. Thus, the “Yesterdays/Tomorrows” altar call ending strikes me as far more organic to its life as a story.

There are times when Jemisin’s moralism works organically within the tale, but I think many of her tales that preach read well because of the sheer strength of Jemisin’s invention. “Cuisine des Mémoires” is absolutely gorgeous and preaches in the end; however, the meal in this case is worth the price. “On the Banks of the River Lex”–where humans have moved on and left all their gods and our imaginative creations adrift in the post-apocalyptic doldrums of posthuman vitality–is just so well done that I would have received any prophetic critique or moral injunction Jemisin wanted to offer. In this case, the invitation to moral reflection was deft enough, and it matches the beauty and humour of the piece. (We also, it is worth noting, get a Death that may have met Terry Pratchett once upon a time.) Likewise, there is a synchronicity of complex moral choice and inventive speculative possibility in “Walking Awake” or “The Trojan Girl” that makes both “world” and “moment” ring true, a walking together of truth and beauty.

However, it is sometimes Jemisin’s eye on a target that makes the story creak for me. “The Elevator Dancer” could be great–there are moments of greatness–but it has the strength of speculative ideological framing that we get in religious tracts. I love the main character in “Valedictorian” and the AI element is neat, but the story shares the tone of earnest rebuke one might find in the kind of commencement address that would be required for remarkbly unimaginative graduates. 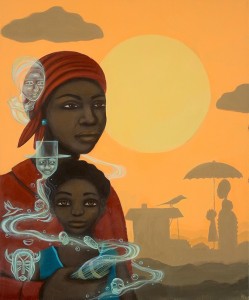 And then there are some other pieces that I’m not sure what to do with–pieces that reveal what Jemisin calls her “angry” writing. I am terrified to read again “Red Dirt Witch” for the risk and the heartache and the consequence. I don’t know enough about that kind of storytelling, but I think it could be a great piece. But what do I do with Jemisin’s “pastiche of and reaction to” Ursula K. Le Guin’s brilliant and troubling “The Ones Who Walk Away From Omelas”? Jemisin’s story suggests that there are some ideas–not actions, sins, or acts of violence, but questions or thought experiments or beliefs–that must be extricated for a community to live together beautifully. And by “extricated,” I mean killed dead, with violence, intentionally and thoughtfully and without exception.

It is this sort of thinking about how communities should work that makes me so troubled by the characterization of “us” and “them” in The City We Became (my review: part 1, part 2). Prophetic speculative fiction is no mean sword in the hands of a deeply moral writer, and N.K. Jemisin has some skill with the blade. My belief is that “morality” must always live within the three great transcendentals of truth, beauty, and goodness, or it becomes either the first signs of blight or the foundation for tyranny. 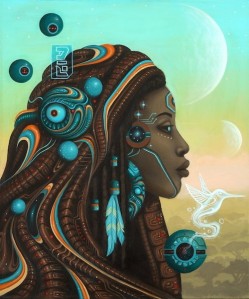 It could be that I have misread Jemisin, that I have made a flawed argument that she is a better fiction writer the less direct her moral vision is being portrayed to the audience. True fans and smart critics will no doubt send me back to the text.

However, if you are looking for an author who is trying to integrate the artistic creator and prophetic heart–the “Poet” and the “Man” as C.S. Lewis calls it in his essays–Jemisin is a powerful voice. And even with experiments that do not always succeed, as an inventive world-builder and character-centred prose writer, Jemisin combines the imagistic capacity of William Gibson with Ray Bradbury’s experimental tendencies. In the tradition of Octavia Butler’s inversive perspective, Jemisin applies her very own broad and diverse world-building and character-building capabilities to a story of immediacy and cultural relevance.

This is why Jemisin is one of this generation’s great speculative fiction authors. How Long ‘Til Black Future Month? is a strong and diverse collection from the leading science fiction writer of the moment.

My other reviews of Jemisin’s work:

“A Pilgrim in Narnia” is a blog project in reading and talking about the work of C.S. Lewis, J.R.R. Tolkien, and the worlds they touched. As a "Faith, Fantasy, and Fiction" blog, we cover topics like children’s literature, apologetics and philosophy, myths and mythology, fantasy, theology, cultural critique, art and writing. This blog includes my thoughts as I read through Lewis and Tolkien and reflect on my own life and culture. In this sense, I am a Pilgrim in Narnia--or Middle Earth, or Fairyland. I am often peeking inside of wardrobes, looking for magic bricks in urban alleys, or rooting through yard sale boxes for old rings. If something here captures your imagination, leave a comment, “like” a post, share with your friends, or sign up to receive Narnian Pilgrim posts in your email box. Brenton Dickieson is a father, husband, friend, university lecturer, and freelance writer from Prince Edward Island, Canada. You can follow him on Twitter, @BrentonDana.
View all posts by Brenton Dickieson →
This entry was posted in Reviews and tagged Broken Earth Trilogy, CliFi, climate fiction, Hugo Awards, James Blish, N.K. Jemisin, Nalo Hopkinson, Nisi Shawl, Nnedi Okorafor, Octavia Butler, Rebecca Roanhorse, Tananarive Due, Terry Pratchett, The City We Became, The Ones Who Walk Away From Omelas, Ursula K. Le Guin. Bookmark the permalink.

2 Responses to How Long ’til Black Future Month? by N.K. Jemisin (a review)